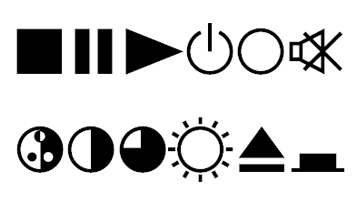 Since its initial design in 1999 and public release in 2001, ARS Maquette has been widely popular.  Something about its clean and stylish simplicity seemed to speak to designers and companies alike. And for any typeface to be able to speak to people (however loudly), is a powerful thing.

Through the years I’ve been listening to people who expressed their needs and wishes to have more out of Maquette to be able to use it more widely. It basically came down to two things:  the lack of Italics and the need for wider language support. If a typeface is a tool for a fast changing industry, the basic 5 weights family seemed limited in certain areas.

It became clear to me that ARS Maquette was well in use for an Upgrade – one that will lift it to its full potential.


How it all came about

In early 2010 I decided to revisit my design of ARS Maquette by rehashing all those 11 year old drawings and notes to help reevaluate the design and its principals. The main theme and trail of thought that initiated this design back then was universal communication which transcends the whims of fashion, culture and land. For example, I became fascinated by manual books for audio-visual equipments – particularly by the simple graphic language of symbols and signs that are still found on every audio-visual device today. These really are the most basic and familiar forms like circles, lines, triangles and squares, and yet a long triangle pointing to the right and two parallel vertical lines will be understood as “Play” and “Pause” respectively to everyone in the world! Such undeniably simple and basic shapes form perhaps the most universal visual language in its purest form. This became a major inspiration for me. I thought if I was to design a typeface that is that unpretentiously simple and universal in nature, it will most likely look very geometric like Futura, Gill or even Avant Garde, or perhaps more like old classics such as Akzidenz or Neuzeit or even Franklin Gothic. One thing I knew I wanted to achieve is an open and pleasantly readable typeface, and if possible to work well both in small sizes and for headlines.

So I started drawing, as I usually do, by hand, then cutting and pasting bits together, very graphical and only Caps at first. I thought how hard can it be, matching circles and lines together, who hasn’t done that! Well, once reduced them in size to match words together, I soon realized for this to work for me, it’s not gonna be as easy as that. While geometric shapes can look very strong and clean in headlines, in small sizes I didn’t think they worked as good. And besides, making a simple and clean typeface is one thing, but what about making it pleasantly readable and avoid making it boring or predictable, that is another story. I’ve put the Caps aside and started working on drawing the lowercase.

Something in my head told me “make a good a and the rest will follow” (and it wasn’t Kevin Costner!). So I went at it; a grid? why a grid? first a tail, and generous curve and a generous counter, looks like a mirrored s, so what? why not a mirrored s? and it suddenly came to me, why I preferred Fermin Didot on all the other Didots, and why I liked Baskerville Old Face so much, and I realized where this was going — follow the curve and leave it hanging there, open and modest gracefully hovering over the counter, as if protecting it. Leave it open for the glyph next to it, rather than strain it into a grid. It looked so natural and unforced and yet so powerful and elegant in it’s posture. My letter a was right there, larger than x, complete and ready. Yes, there were 255 characters more to go, but I suddenly saw everything. I saw the t, I saw the s, I saw the G and the 4. I saw the Black and the Medium, I saw the Light. It started to make so much sense, almost euphoric and I very much liked where it was going!

Let me pause for a minute and take a look at some of Maquette’s characteristics. ARS Maquette is a Sans-Serif typeface that belongs to the Neo-Grotesque or Transitional family. A classification derived from the Grotesque, and indeed shares similarities to an old classic Akzidenz-Grotesk by having less stroke contrast with counters that are more open and a design with a relatively plain appearance. Some refer to this category as “anonymous sans-serif” or “invisible sans-serif” which oddly enough is true in certain ways.

A closer look at some of the characters and proportions in ARS Maquette reveals some humanistic features, especially in the lowercase a, c, e, g, j, r, s, t and y. The terminals are neither horizontal nor vertical but slanted, matching the curve angle. This consistent treatment of the terminals adds a lot to its friendly roundness and open rhythm.
As explained, there are strong geometrical roots in the development of the design, but as Paul Renner with his design of Futura was set to eliminate and erase all traces of manual adjustments such as ink traps and metal punch artifacts, so was I set to soften and even avoid geometrical curve treatments in favor of a more natural look.
One of the more noticeable characteristics of Maquette is it’s large x-height. Actually when set in the same point size, you’ll notice the x-height isn’t that much larger than other typefaces — it is in fact the Cap-height that is smaller than usual. The proportions make it effectively have a large x-height. This is ideal for text in small sizes, captions or for headlines, allowing for tighter line spacing.

This fluidity of curve in text was exactly the nuance I tried to enhance by redrawing Maquette Pro, refining the curves even further while sharpening the angles of the terminals to better work in small sizes. But always treating the curve angle with a more humanistic mannerism.

Some of the optical refinments made on the new Pro version, compared to the older version (above).

Transforming a Workhorse into a Pro

For a long time I dismissed the usefulness of Italics for Maquette. I simply did not like the look of the mechanical oblique school of Italics for a Grotesque typeface, and I found little point to make one for Maquette. But the public demand for Italics grew larger the more popular the family became, to a point where I felt I was just being stubborn and not considering all the possibilities enough. So, for ARS Maquette Pro I decided to take a stab at thinking up suitable Italics for the family. Soon enough I realized there are two directions worth exploring, each could fit and enhance two different aspects of the concept behind Maquette. One being a functional simplicity & strong universal voice, the other being pleasant and open to read.

In my mind, this meant two different types of Italics, and since the OpenType format allows for more flexibility in that regard, I thought it was a good idea to indeed design two versions easily applied from each style and weight.

The two versions of the Italics (Normal and Alternate) + the Display version.

For a few years I’ve been developing my own workflow for the design of Italics, particularly for Sans Serif of the Grotesque nature. Without getting too technical, it involves rotating the bowls to a certain degree, rather than skewing them, and continue adjusting the stresses to match the final Italic angle using several techniques. This results in a much more natural looking Italics with very little to no mechanical traces. Although I haven’t had a chance to apply this technique to an official design yet, it seemed very appropriate to the design of Maquette.
The 2nd version is the more traditional looking italic, using the same design principles used for the uprights and fitting them to work side by side with the upright alternate characters. These two italics not only add a fresh dimension and diversity to Maquette Pro, they also prove to be very functional in differentiating different types of text flows or languages when used next to each other.

Early on when I decided to expand ARS Maquette, I thought this could be a great opportunity to design new cuts or features which I always appreciated in a Grotesque, but unfortunately rarely found in a typeface. When I ran my graphic design company Corp.Unit, part of the branding was a Unicase version of Helvetica Bold I made exclusively for my company. I always loved using this Unicase for headlines, but for the branding I used it for everything, even text!

I very much wished an addition like that for ARS Maquette, since I knew it would not be overly designed and will still maintain its clean dignity. A Unicase in 5 weights + italics might sound excessive, but I tell you, it’s so much fun! And it’s exactly this kind of additions that — when done well — make it a joy for me to use a Typeface. Hopefully you’ll find it as useful as I do.

Another addition — that is for some reason very rare to find in a Grotesque typeface —  is the Display or Titling feature for a Grotesque. Naturally, a sans serifs with a good set of weights already compensates for different sizes and needs, and there are almost none of the optical issues you’ll find in a Serif. That is indeed true, but for some reason, whenever people think of a Display Sans they think of Condensed or Compressed versions. Indeed most Condensed faces have very little use for body text and are most suitable for headlines, but they also represent a ‘style’ propagated mainly by Newspapers since the post WW1 era. For awhile I did think about rehashing early Condensed drawings I made for Maquette — and maybe I will some day — but for ARS Maquette Pro I wanted to try something different, something more subtle. Besides, a Display cut can embody so much more than just being economical and able to fit as many letters as possible to a headline in a given size. There’s also the element of style and the balance of color or weight through the layout. A good Display cut can compliment it’s body text counterpart by gracefully enhancing the character of the typeface and its beauty for large point sizes, while optically maintaining its proportions. It can achieve that by addressing any of these areas; Cosmetic/design modifications, spacing and kerning, or optical modifications. The Display feature in ARS Maquette Pro addressed all of them! 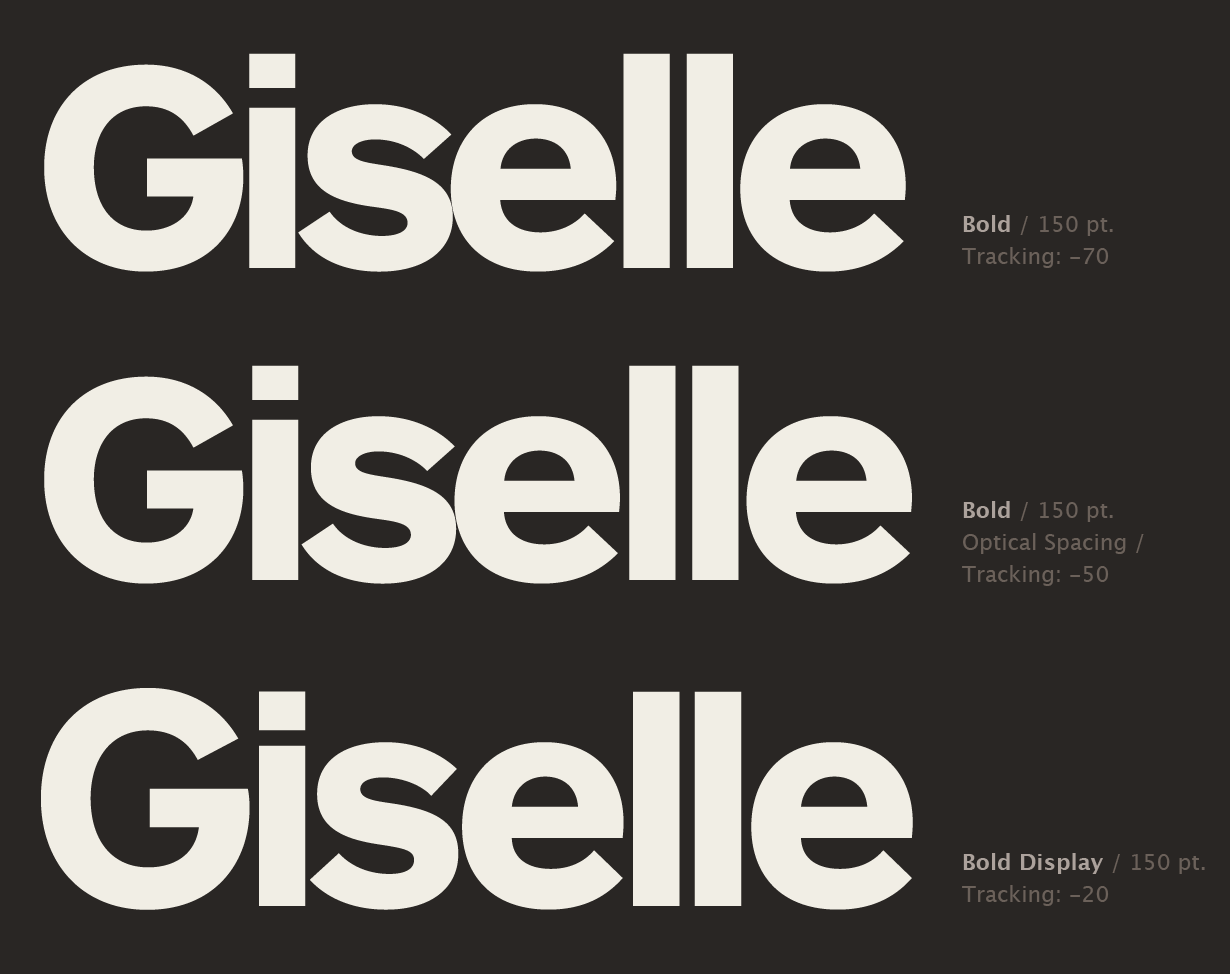 Spacing comparisons between the Text version (the two above) and the Display version (bottom). 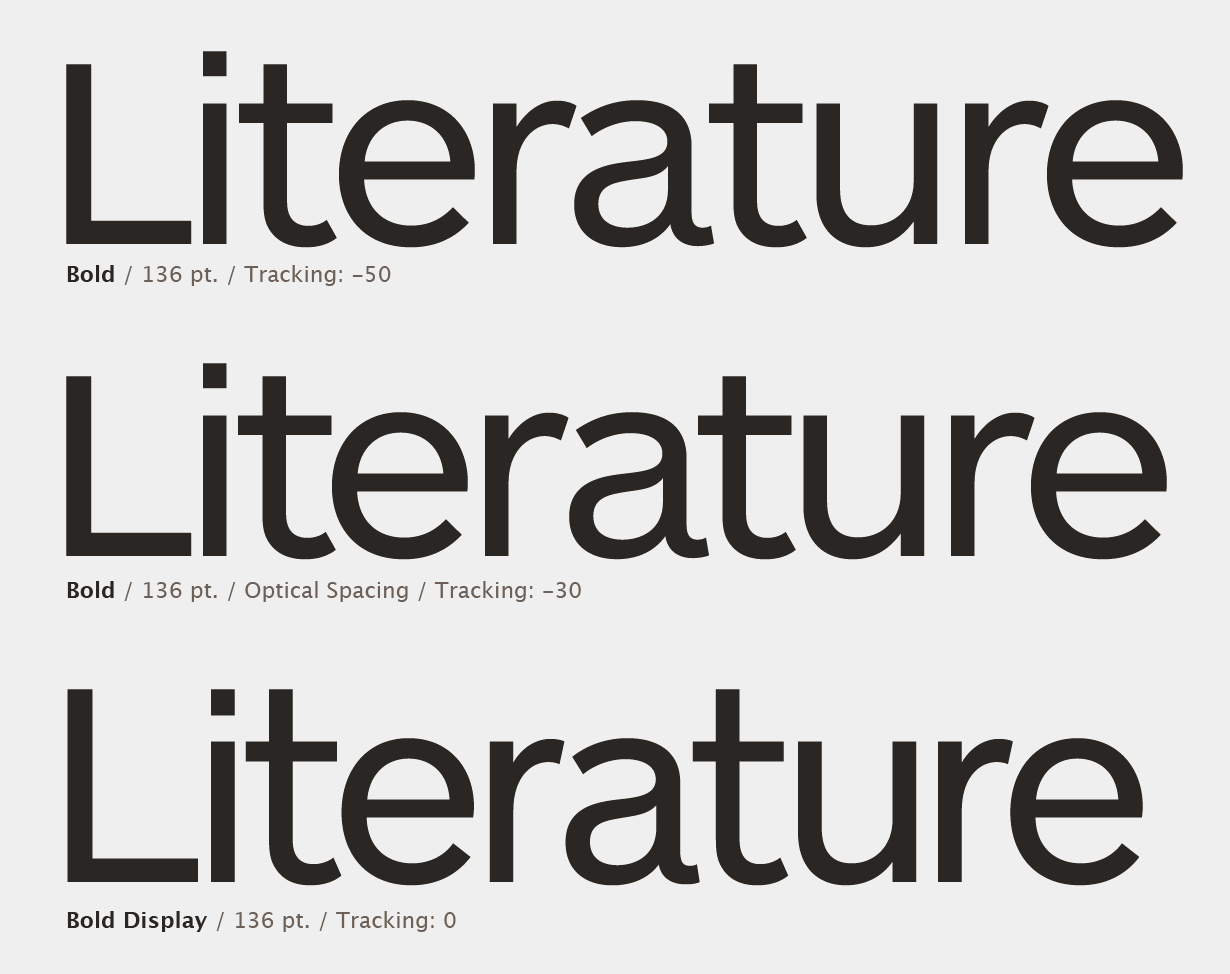 Spacing comparisons between the Text version (the two above) and the Display version (bottom).

Since the normal text characters can also be used for headlines with manually tweaking the spacing, I figured the Display cut will have to make that task seem effortless and achieve maximum effect.

Demonstration of the subtle differences between the Display and the standard cuts. The Standard version has been spaced-in for this demonstration to match the tighter spacing of the Display.

As you can see the Display version is slightly more condensed with more even width balance and weight distribution. The Caps are a bit taller to match the height of the Ascenders, the spacing is much tighter and differently balanced in the direction of pattern-like spacing trying to avoid character clashes as much as possible. The Kerning is more extensive and exact as apposed to the kerning for the text which is much looser for a more rhythmic text flow.

Words set with the Display/Titling feature activated, will immediately gain a more classic look. In that respect, the Display cut is a welcome addition, and one that I think compliments ARS Maquette Pro very well.