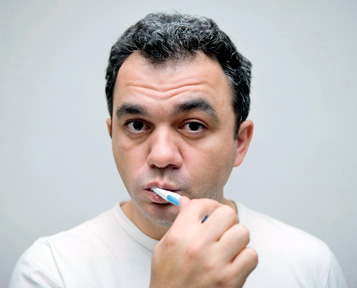 Founded in 1994 by photographer and graphic designer
Angus R. Shamal, ARS Type is an independent type foundry based in Amsterdam. Typeface design began as a necessity for several graphic projects, but it soon grew into a passionate interest in form and legibility. This lead to the production of a versatile library of unique, high-quality text and display faces designed to address the ever-changing needs of today’s creative. In addition to developing the retail library, ARS Type specializes in developing custom type solutions for a variety of applications.

These are exciting times for Type and type design. The available font-formats quickly became industry standard and enabled typefaces to be seamlessly integrated across all types of media in endless diversity of applications. From print to web, from magazines & newspapers to mobile phones, tablets and eBook readers. Online/on-screen publication and typography becoming more popular than it ever been. Together with ultra high-definition screens becoming common place in homes and creative studios, typography can truly shine and be appreciated for its technical achievements and beauty. All these are wonderful exciting developments that certainly vitalise the type design industry and push the standards very high.
In over 26 years in the business, I can’t remember any other time when so many typefaces have been produced in such high quality!

Coincidence and a big mouth

In 1992 I’ve picked up a copy of a new Dutch fashion and modern culture magazine called Blvd. The cover pictured a full page photo-art by Inez & Vinoodh and on the header issue #1. Flipping through the pages striking photography and design, it also accrued to me how many different typefaces where used in the layout. Type used in every size and variation possible, it certainly made its impact on me. And on one of the pages, in small letters was a simple sentence that read something like; “design your own type”.

When I first started my graphic design practice in 1993 (rather by coincidence and largely due to my big mouth..), I’ve been producing all my designs by hand including my lettering treatments. I tell you, nothing was more rewarding, especially when given 2 weeks deadlines for the lettering alone! Soon my lettering generated a certain interest and even a niche demand to have them converted to digital form. I’ve inquired more into the matter and found out that with the help of a little ‘program’ (that’s how we called it back then) called Fontographer I could design my own typefaces! Purchasing a copy of this application has put the wheels in motion to a new and somewhat time-stretching venture into type-design. Producing my first digital typeface by the name of Platrica Gothic in 1993 (based on lettering I made for an album cover), I found I enjoyed the process quite a bit. With my second typeface named Code, I’ve decided to start my own type foundry in 1994.

“Archon Satani” album cover (1993) with my hand-drawn lettering that became the source for my first typeface, Platrica Gothic.

Back then the obvious trend in type design was type as a means of self-expression, and a lot of it was strongly influenced by the vernacular, generating varied results.

In 1997, when hired as an in-house designer at Prometheus/Bert Bakker book publishers, I was thankfully introduced to the subtleties of Book typography and type-setting. This opened a window of opportunities and become a major development in my self-education as a graphic and type designer. 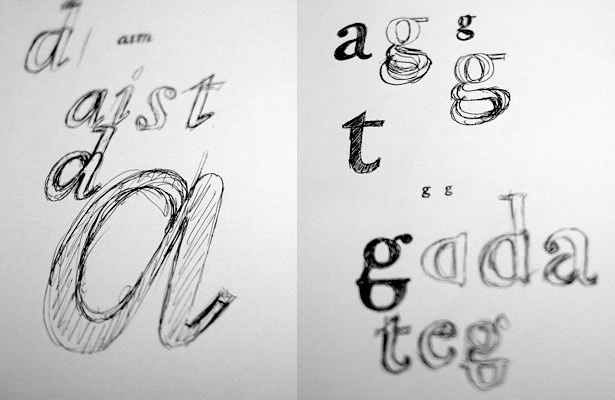 Some of the early drawings of what later became ARS Descendiaan.

Diving further into the realm of optical sizes and legibility I’ve produced several typefaces and type treatments specifically for book type setting; many of which haven’t seen the light of day. All except for one chosen design called ARS Descendiaan (1998), which has been used for several books during that period. 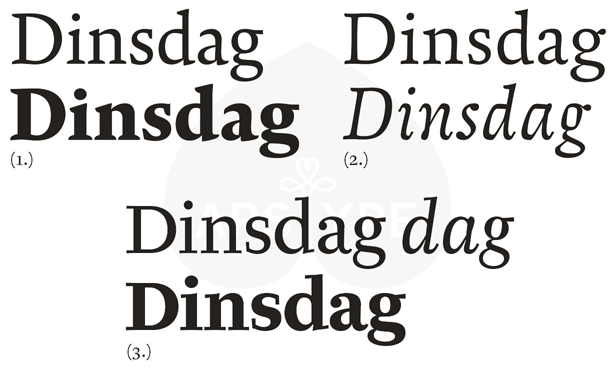 With the growing demand for more serious typefaces trading some of the “self-expression” of the 90’s in favor of legibility and usability, the industry standards have grown (or returned) to high standards in many respects. It was during that period I worked on designs such as ARS Maquette (1999) and ARS Region (2002). Fortunately there was enough room left for experimentation in typography, and as far as ARS Type is concerned, along with high quality durability there’s always room for something different and surprising when it comes to designing typefaces. With the introduction of the OpenType format and its possibilities, professionals have grown to expect much more from their typefaces — both in terms of technical excellence and even more so in terms of originality.
ARS Type always recognized that although making high end well executed typefaces is fairly important (and I appreciate the fact that there are many of those), in order to create something substantial, it has to at least aspire to offer something new — either by being original, or make us look at an older concept in a different and fresh light. A good design should work for what it’s made for, we can all agree about that. But if on top of that it’s also a joy to use over and over again.. well, isn’t that all we wish for in a Typeface?

I must admit that learning to work with the OpenType format with it’s code-based power, has been quite a challenge. But I’m glad to say that it has proven to be a worthwhile effort, considering the results! As we are busy upgrading our current library to the OT environment integrating the possible features, along side working on completely new designs, I can say with confidence that the best is yet to come!